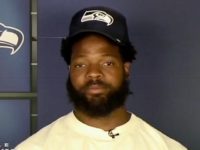 In an appearance on ESPN’s “SC6,” Seattle Seahawks outspoken defensive end Michael Bennett called on his white colleagues to help with the national anthem protests started by Colin Kaepernick to “really get things changed.” “I honestly believe that it would take a white player to be able to really get things changed because when somebody from the other side understands and they step up and they speak about it, it would change the whole conversation because you bring somebody who doesn’t really have to be a part of the conversation to making himself vulnerable in front of it. And I think when that happens, things will really take a jump,” Bennett said Wednesday. Follow Trent Baker on Twitter @MagnifiTrent